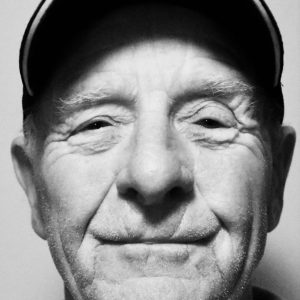 Born in Sheffield, England and now living in the USA, Ron worked with many Sheffield bands before leaving England in 1964 with the band Rocking Berries. They played US army bases in France, which eventually lead to meeting up with Derek ‘Mo’ Moore to form the band The Upsetters, playing US army bases in Germany. He then went to Greece, where they performed a cover version of the hit “Sonny,” doing several TV and club shows. Upon returning to Germany, they supported many acts including The Everly Brothers, The Platters and Bill Lawrence, who were then touring in Europe.

About that time, Ron and Mo met Taff Freeman and they formed the band Prophecy, playing German clubs around the country. At the Star Club in Hamburg, where Prophecy were playing, Ron bumped into Roye Albrighton, who was playing with the band Rainbows at the Top Ten Club around the corner. They would jam together during the day. Later, when guitarist Colin Edwards left Prophecy, Mo sent a telegram to Roye in Sweden inviting him to join the band. Roye immediately filled the position perfectly. After the first gig the decision was made to call the new band Nektar.

As a musician, Ron Howden is unique; as a drummer, he is unmistakable; to watch him perform on his instrument is like watching a finely tuned, well balanced timepiece. Nektar’s music would not be what it is today without his expertise.