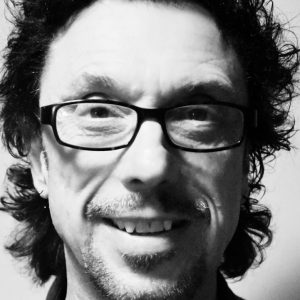 Ryche is an accomplished guitarist, producer and composer. As founding member of one of America’s first progressive rock groups, Fireballet, he has proven himself to be an unsung hero in the progressive genre as a guitarist and songwriter. In 1978, he played with Nektar, collaborating with founding members Mo, Ron and Taff on music that has now become part of their new album “The Other Side.”

Ryche spent 3 years touring the world with the well respected ’70s band, Renaissance. He is also an award-winning soundtrack composer. He wrote the title track for the movie “Key Exchange” and won an award for the independently produced movie “The Rising.”

As a producer, Ryche has worked with various artists, as well as producing the self-titled “Ryche Chlanda and Flying Dreams” and “Searching for Something Somewhere” albums, both released under the Transglobal® Record Label Distributed though Sony’s The Orchard.