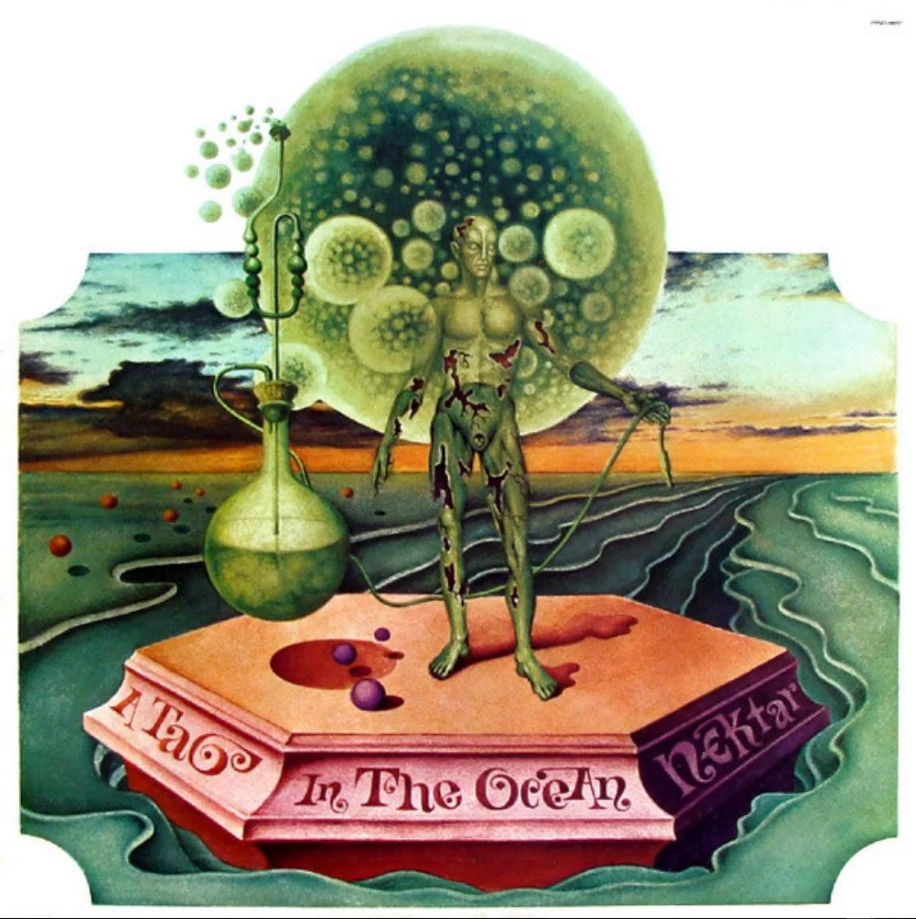 “An awesome follow-up to the classic debut. The album starts with the 17–minute title track, which got a atmosphere that fits the title quite good. The track sounds like it was recorded in a big hall, with Nektar on one side of the hall, and the recording–equipment on the other side. I think this production gives the track a very powerful sound. Great themes, and all the other stuff you want from a composition of this length. The rest of the album is almost heavy–progressive, but with the typical Nektar–sound. “Desolation Valley” is quite genius with its simplistic, but extremely powerful and effective riffs. The build up of this song is just great. “King of Twilight” is another classic. Stated simply: an excellent album,” Tommy Shoenbergs.

The rapid assembly of the “Space-Opera side one” plus the “Dream Nebula” in 1970 had stalled, so “Good–day” or “New Day Dawning” became our temporary ending to it at live concerts. This was all somewhat due to our second “project” growing into an entity of its’ own alongside Journey in 1970. Both projects later came together in one medley… and poor Stig (remember him?) performed a re–entry to Earth to crash deep into Desolation Valley (the Ocean) rather than being abducted to the Dream Nebula! We performed many variations of “Journey to Desolation” but a VERY rare combo of just Astronauts Nightmare into Desolation Valley was probably our shortest. Later versions used Desolation Valley to replace the Dream Nebula after “Warp”, because the opening notes to both were so similar.

When the title “Desolation Valley” was changed from “Porcelain Valley”, only that one word and a small part of the lyrics (with reference to the “Great Flood”?) were different, that was also the time that it became permanently attached to the calming instrumental piece…. “Waves”.

The foundation for “A Tab in the Ocean” was established long before most of the lyrics were written, other than Roye’s “Falling” (from 1970) which became incorporated into this piece before it even had a name. On the forum we presented a “karaoke” version from September 1972, JUST before the Tab studio sessions when it had very few permanent lyrics. Mo & I wrote more lyrics in hotel rooms, probably based on that very tape, the rest were penned at Dierks studio two weeks later. The stage was liquid green, purple and blue… in pulsating order, and those sitting close to the stage on blankets and pillows were immersed IN it all.

By 1972, Keith was with me, operating slides of Viking, sailing and steam ships, a guy in a bathtub, whales, the octopus, a fight with the submarine, and the sunsets… which played out our second audio/visual “made for the screen” Nektar show after “Journey”. “The one that got away” usually refers to a fish…. but in this case it was an entire piece titled “We are the Ocean”… another track that never made it anywhere… once it was shelved in 1971. A practice tape and a few live recordings of it became the only surviving remnants, so that YOU could experience (as I did) the same wonder of just how prolific Nektar WAS in 1971. Taff and Roye put the melody together, and with Mo and Ron driving this (submarine?) piece, it was killer!… I had designated the idea of looking through the eyes of a killer shark or dolphin to depict speed during its’ possible visual translation on the screens, or as if the view was from a torpedo. This piece deserved a reincarnation!