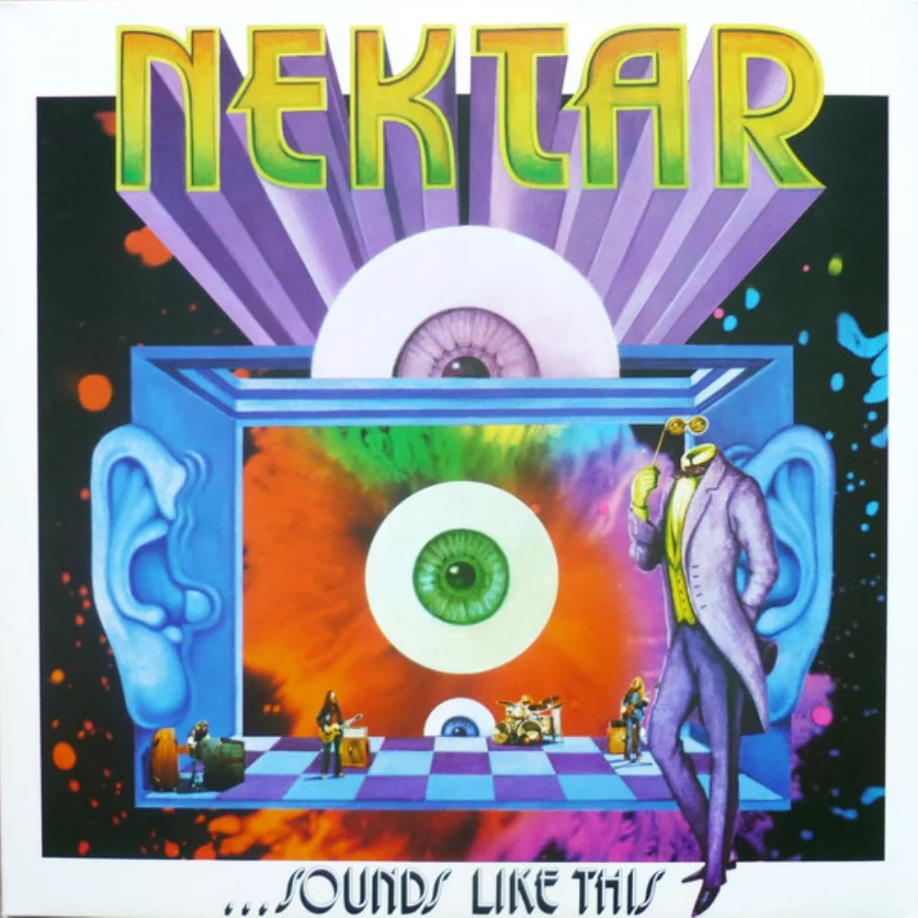 “Sounds Like This” was recorded over three days in February of 1973 at studio Dierks (Germany), the “live in the studio” intent was to give their fans a taste of what a live Nektar show really sounded like without the overdubs and remixes.

These pieces actually pre date the first two Nektar releases (Journey & Tab), many are from Roye Albrighton or from Mo, Taff & Ron (Prophecy) compositions from their pre Nektar days. These individual songs had actually accumulated during the first two years of Nektar playing on the road, so they needed to be laid down on vinyl to make way for newer material to come (RTF)… thus the “Live in the Studio” idea came to pass as the easiest way to preserve these songs. Some of these pieces were first recorded in 1970, but those “Boston Tapes” were never deemed suitable for release, thus these songs were still floating around the 1972 live performances to keep them alive and fresh. This double album was a way for Nektar to move forward by recording their past for posterity.
So, had the NATURAL order of Nektar’s musical progression been followed, “NEKTAR SOUNDS LIKE THIS”would have been the FIRST release by the band!

For the sake of accuracy, we decided to list all the songs that are on the bonus cd in the correct order and not the just the ones listed in the booklet that were accidently left off.***